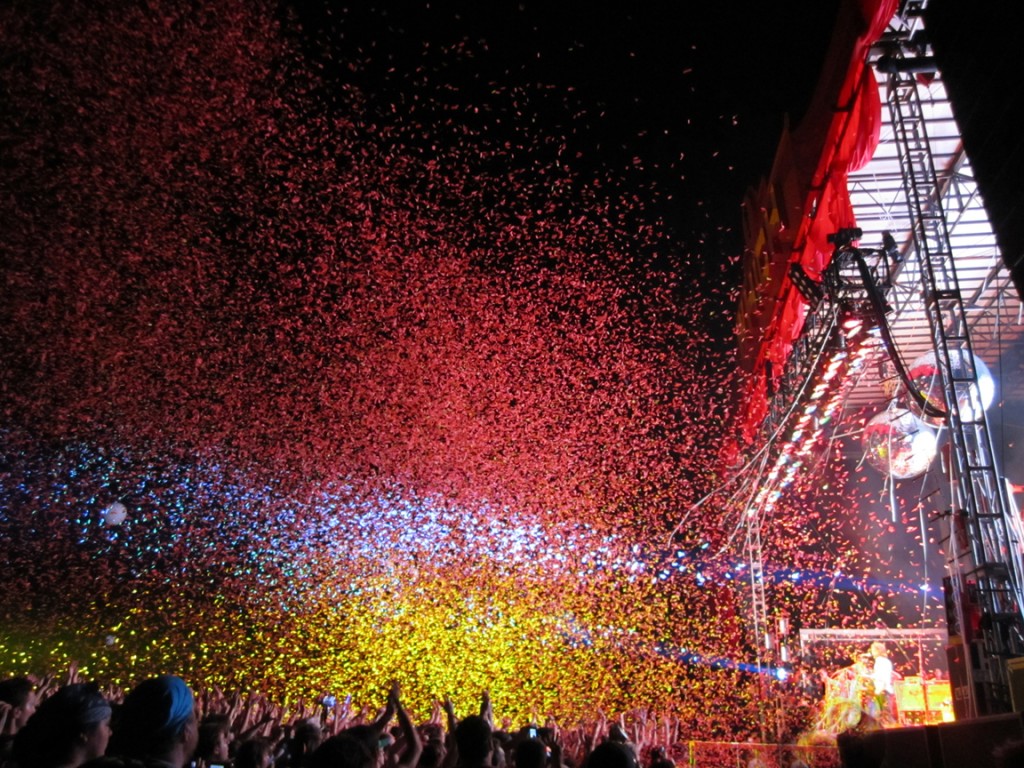 My obsession with Bonnaroo started in 2006. I was living in Boston and seeing live music as much as possible. I was going to concerts more often than most people went grocery shopping. My friend Hayley knew I was a live music junkie so she invited me to join her crew at Bonnaroo.

“Bonnaroo!” she said. “It’s a music festival that takes place on a farm in Tennessee. The headliners this year are The Police, Wilco, Flaming Lips, Kings of Leon, and White Stripes. I think you’ll love it” 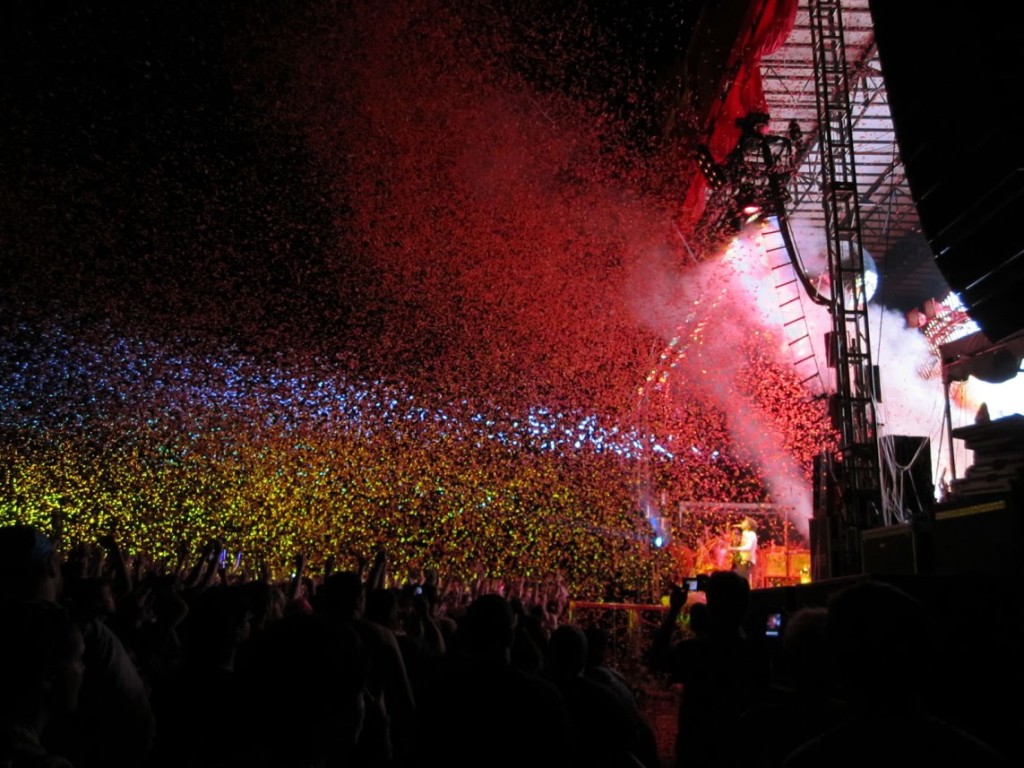 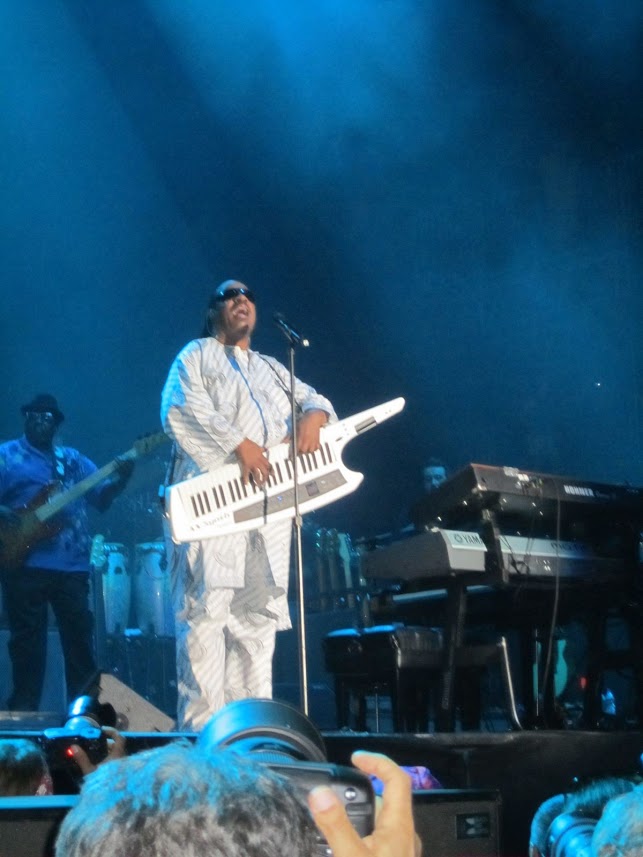 Stevie Wonder jams on the keytar

Hayley could not have said sweeter words to my music-obsessed soul. I was in! I bought my tickets that night and I’ve been going to Bonnaroo every year. This year will be my 10th year in a row. 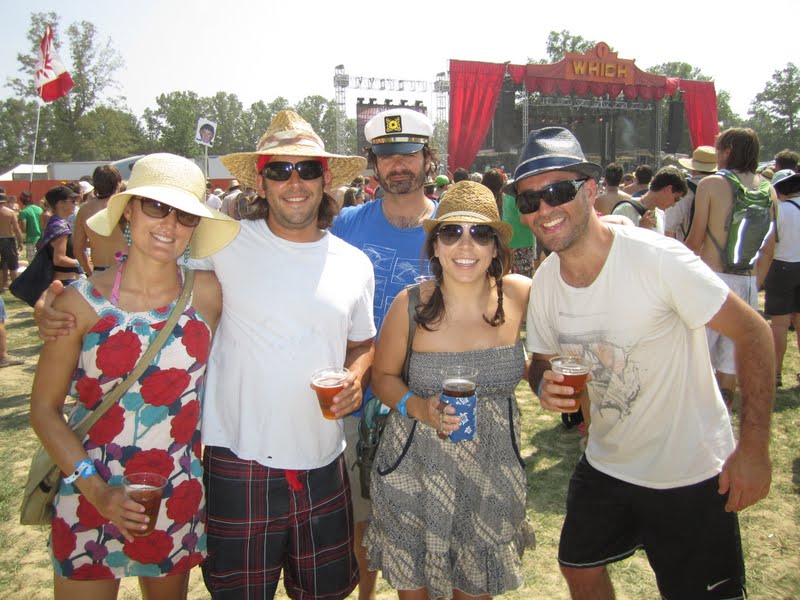 I’ve been to many music festivals all over the country and Bonnaroo is still my favorite festival experience. Ever.

What makes Bonnaroo so special?

The key to the magic is that everyone stays on The Farm together for 4 days. No hotel rooms. Just tents and RVs. There are 700 acres of former farmland in Tennessee that is now the festival grounds. Once the 85,000 attendees migrate to the site it immediately becomes a music loving, good times commune.

The code of ethics is simple:

And indeed, all of the Bonnaroo attendees really do abide by this code of ethics. There is no attitude and everyone is thrilled to meet you. You might have to give more high fives than normal, but that’s the currency on The Farm.

There is no neighborhood noise ordinance “got to shut down by 11pm” that is typically the biggest buzz-kill for the city-dwelling festivals. Bonnaroo is alive all night long. Now, I’m not usually the stay-up-all-night-and-party kind of girl, but I can easily do this at Bonnaroo. The place is so electric and there are so many amazing bands to see and fun, weird activities to explore.

It’s an escape from “real life”, a chance to run around like a little kid and play. It’s Willy Wonka meets rock ‘n roll. 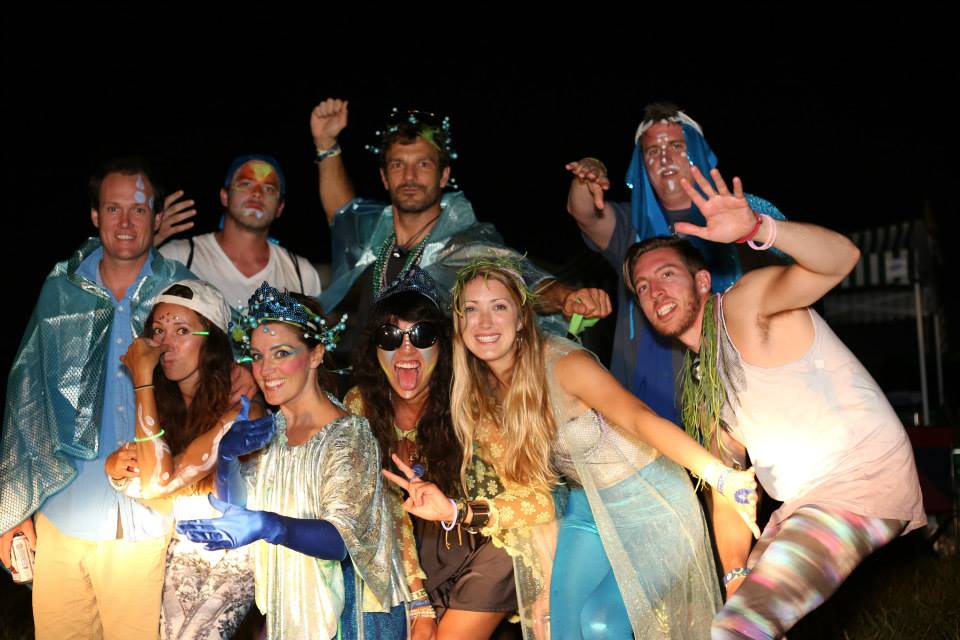 creatures of Atlantis come out at night

I always come back from Bonnaroo a happier human. And dirtier. So much dirt. But it’s worth it!!

This year, I’m so excited to see My Morning Jacket return to the festival. These guys are one of my favorite all time bands — they’re from Louisville, Kentucky which is not far from Bonnaroo’s home base in Manchester, Tennessee. Should be a great hometown crowd for them. MMJ just released a new album so I’m looking forward to hearing some new songs live, and these guys always deliver that jam band magic. I’m also looking forward to catching Billy Joel, Spoon, Florence and the Machine, Robert Plant, and Alabama Shakes. Plus all kinds of other super dope DJs and dance sets.

I have so many incredible memories from my years of attending this festival. I am counting the days and getting excited for this year’s Bonnaroo!! I’ll be sure to share photos from this year’s festival, but until then check out my highlight video from my past 9 years at my favorite music festival.